I was supposed to do something tomorrow, June 24th 2020, that I’ve never done before. I like doing new things and I think that I would have liked doing this.

I was asked, back before COVID controlled the world, back when we thought that summer would find us doing our usual things, to be the Master of Ceremonies at an Amazing Worthington City Band concert at historic Chautauqua Park on the banks of Lake Okabena here in Worthington, Minnesota.

Kinda makes me think of Harold Hill and The Music Man, though actually I wouldn’t have been directing – heaven help the band – I’d just be introducing the songs, talking a little, giving the band time to pull up their music for the next song.

(I don’t know why this video looks sideways, but it will play just fine!)

I truly have missed the concerts these past few weeks. Something in the air one evening last week – a scent or a sound, I’m not sure which – made me suddenly think of the band and I felt a little bit sad and a little bit nostalgic and a little bit cross with this COVID world, all at once.

Which is a lot of emotions to handle in 5 seconds!

Another aspect of the weekly (for June and July) concerts is that it’s a great time to hang out with friends, see people you don’t see very often, and meet new people – or at least identify them from afar.

Example: “Oh, the MC is so-and-so tonight. I’ve never realized that’s who that is!”

Me: “Oh, I see that the intermission entertainment is Rolly Polly and his Dancing Dogs! I hope the dogs don’t leap into the audience and bite anyone this time like that did that other time.”

Friend: “Oh, I kinda hope they do. That was entertaining!”

(Just kidding. That never happened. But the microphone did misbehave badly once or twice, causing one or two headaches for the friendly neighborhood sound guy.)

One particularly cool thing about the band is that it is 127 years old! It began in 1893 and the bandshell itself, built from 1941-1942, is on the National Register of Historic Places. To top off the coolness, Chautauqua Park is so named because the Reverend Billy Sunday, professional baseball player of the 1880’s turned itinerant evangelist, preached there in his heyday, a fact which made this seminary graduate smile as suddenly her Church History class actually intersected with her real life.

I like it when that happens. When the things I learned in Seminary or in Sunday School or from sermons interconnect with reality. When the Bible applies to everyday life.

Which, of course, it does all the time. I just don’t always realize it.

That’s kind of my Disheveled Theologian mantra, actually. Or, rather, my prayer. That by telling my stories of everyday life, and showing how God and His Word applies in each of those situations, people will see God more in their own lives. In other words, I pray that when I open my eyes to see God in my life, you too, will open your eyes to see Him in yours.

“His divine power has given us everything we need for a godly life through our knowledge of him who called us by his own glory and goodness.” 2 Peter 1:3 NIV

P.S.: In light of the fact that I’m pining away for summer band concerts, I dug up a couple videos to entertain you! The first one (above) is a band classic, a patriotic tune we can all enjoy. The second (below) is a fun one that clearly entertained the audience!

Again, why this looks sideways I don’t know. I am no expert. I’m certain that someone can tell me rather easily, but I don’t know exactly who that someone is. I’m just glad that it will play correctly for you! 🙂

It’s windy. So windy. And has been for days. Sustained winds of 20mph and gusts of 35 or more. 24/7. Literally. I love to sleep with the windows open, but the noise of the wind and the blowing of the drapes defies my desires.

On many an evening recently, from our vantage point on the lake, we’ve watched novice kayakers struggle against the waves, their lack of experience clear as the wind pushes them further and further west. “Go west, young man,” they used to say. Only these guys’ destination was east.

This past weekend was supposed to have been the Windsurfing Regatta, held here annually on Lake Okabena. The second weekend in June was chosen as the ideal date to hold the event, when the winds and the weather averaged perfectly to present sailors and spectators both with idyllic sailing and viewing conditions. This year would have challenged the heartiest of participants, I think, but, like so many other events in this weird COVID world, the event had to be cancelled. “Postponed”, they said actually, for a year, with all the participants rescheduling for 2021. But “cancelled” is what it amounts to in the short-term. Another destination missed.

Sometimes we aim for something – an event, a location – and we hit it smack-dab. Front and center. Bulls eye. Other times we take aim but end up – whether by our own fault or by things beyond our control – missing the mark entirely.

My mom flew into Edinburgh, Scotland, many years ago, intending to meet up with her sister for a long weekend. Their parents grew up in Scotland, so this was going to be fun. A reunion not just with each other but with their roots.

Mom’s flight was delayed out of Germany. She missed her connection, arrived hours late. Her sister was nowhere to be found. Mom, having left all of the planning to her, had no idea where to meet her. In a series of near misses that would have been funny in a movie but weren’t at all in real life, Mom spent the entire weekend alone. There were no cell phones. Phone messages left back home went unheard as no one was there to receive them. Her destination was reached…but it wasn’t the destination she’d hoped for at all.

Point of fact: sometimes the wind blows us off course.

Point of mind: sometimes we get where we’re going but it’s not at all what we wanted it to be.

What do we do, in short, when life doesn’t turn out the way we thought it would? When we planned, and maybe even prayed, yet still we beat against the wind? Do we panic? Do we pray all the more? Do we give up, throw in the towel, hop on the next flight home?

I suppose the answers to those questions are innumerable. But here’s what I witnessed out on the lake:

Those poor people – I don’t know their age or their gender or anything about them – when they found themselves out in the middle of the lake, being shoved by the wind in the opposite direction that they wanted to go, tried, ineffectually, to paddle. They waved their paddles about in a frantic “X” motion for a while until they realized that nothing they were doing was working. Then, finally, they sat back, reevaluated the direction of their boat in relation to the waves, rethought their paddling methods, worked out the kinks, and got back on course despite the wind working against them. They came safely into harbor, sorer and wiser than they were before they got themselves into that boat. Were they scared out there in the middle of the lake? Probably. Were they off schedule and out of sorts? Possibly. But they got themselves to safety.

Or, you can be like my mom in Scotland, all alone, all those years ago. She explored. She did a little shopping. She bought herself a kilt in the Fraser family tartan. She made the most of it. She did not want to be there by herself and she did not enjoy her trip as she thought she would, but she did not waste her time sitting alone in a hotel room, feeling sorry for herself. She got back on the plane at the end of the weekend wiser than she was three days before. Was she scared being there alone? Probably. (I can guarantee you that she did a lot of praying.) Was she disappointed and out of sorts? Possibly. But she chose to go out and see the city and it remains the only time she’s ever been able to visit the land of her ancestors.

And, in all of that, in all our decisions and promotions and set-backs, we keep on praying.

“My son, do not forget my teaching, but keep my commands in your heart, for they will prolong your life many years and bring you peace and prosperity. Let love and faithfulness never leave you; bind them around your neck, write them on the tablet of your heart. Then you will win favor and a good name in the sight of God and man. Trust in the Lord with all your heart and lean not on your own understanding; in all your ways submit to him, and he will make your paths straight.”
Proverbs 3:1-6 NIV

Even a twisted path can lead us straight to God. 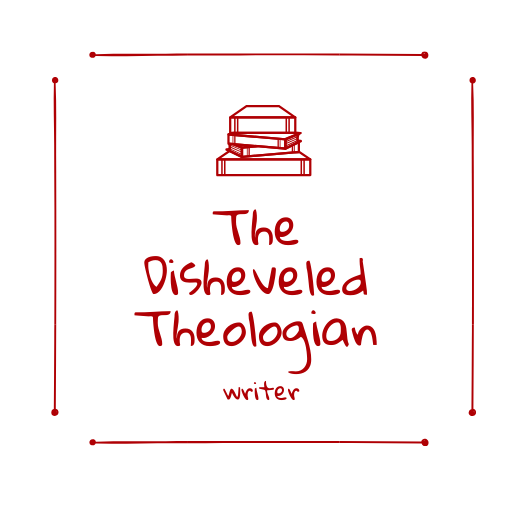